Have you ever been to a gothic cathedral? A magnificent piece of architecture, classics of the Western world. Even as we look at pictures, we have this feeling of solemness, oppressive greatness, dark glory.

Most Catholic cathedrals were build of gray, black or brown stone. Yet not inside, but at the entrance, you notice how dark it can be inside even in daylight (especially if it's cloudy outside). The only light, except the one from the stained windows, is from round electric spotlights. And long-long ago it were candles and probably torches... 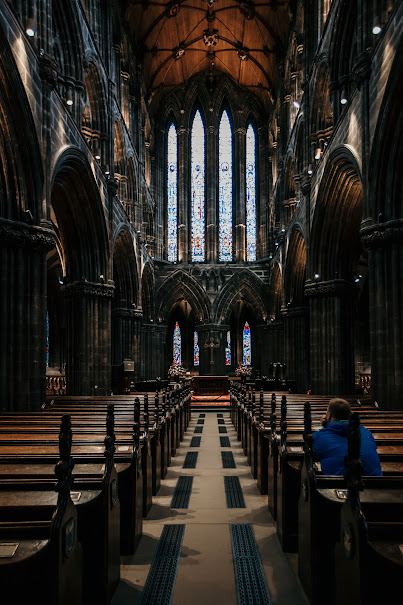 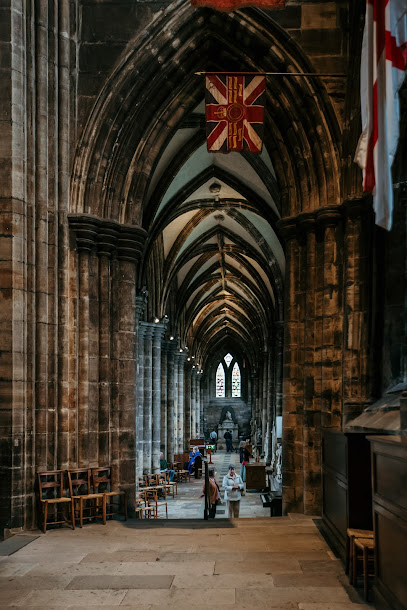 When you see the magnificence of these arches, awe is your main emotion. The immaculate symmetry captivates the imagination. But there's more to this than you may think. In spiritual sense. 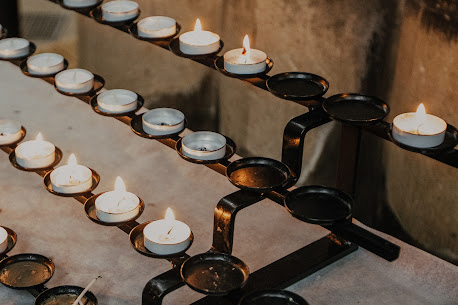 Catholic churches are quite different from any others. The candlelight here is gentle, licking the safe and elegant stand for the candles. It's the details that tell you the story, that change your solemn mood here. 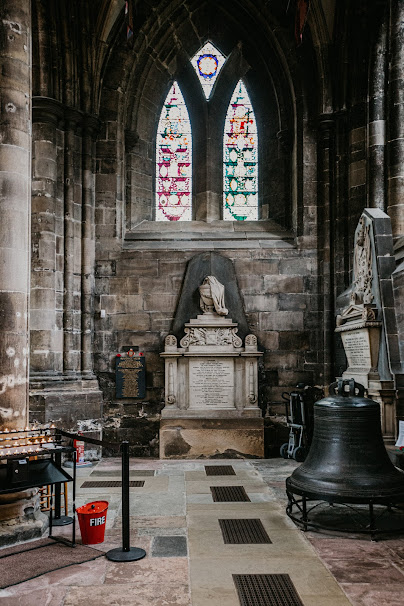 The gravestones and epitaphs for the fallen soldiers and great minds, great people of Glasgow, the bell and other attributes of St. Mungo - the main saint, the watcher of the city, whole and quite touching stories on the stained glass - this is what this place really about. Faith, compassion, honoring the dead. 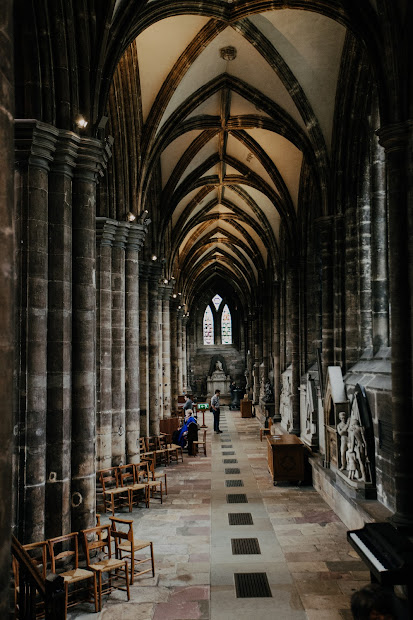 The chairs are everywhere. They are surrounding the columns, waiting for people to come to the sermon and listen to the pastor. People make Glasgow as well as this cathedral. You feel their touch literally everywhere. 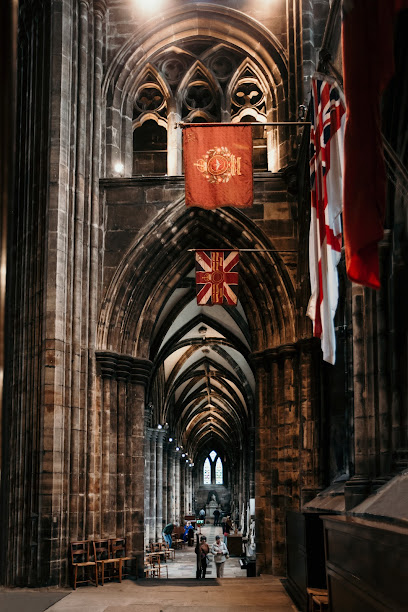 Lancet arches won't deceive you with their coldness. This is the place where you'll get love. 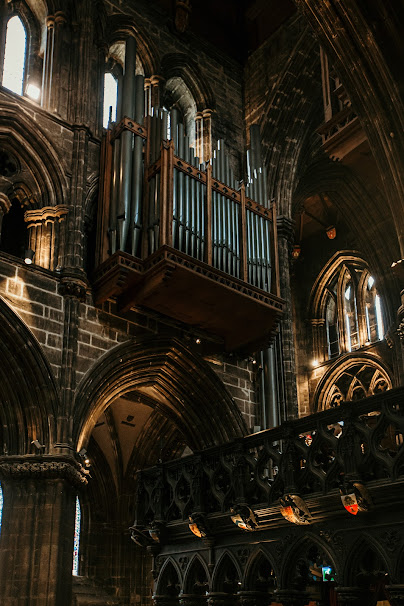 Moving, poignant sounds of organ echo off the walls, pouring gold and warmth around. 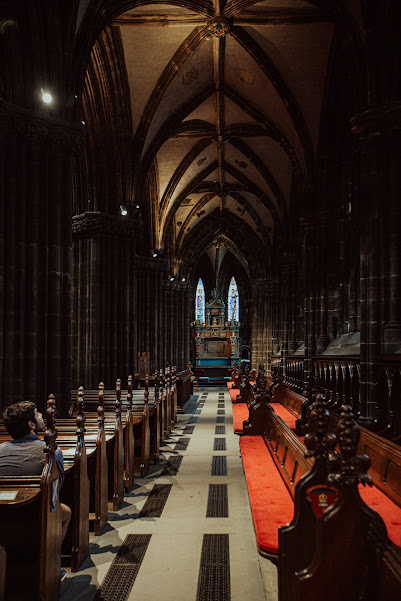 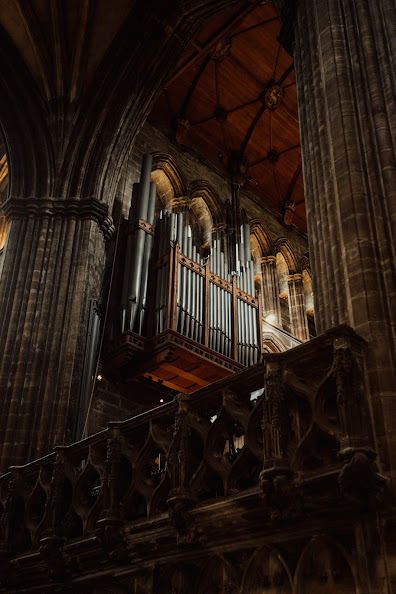 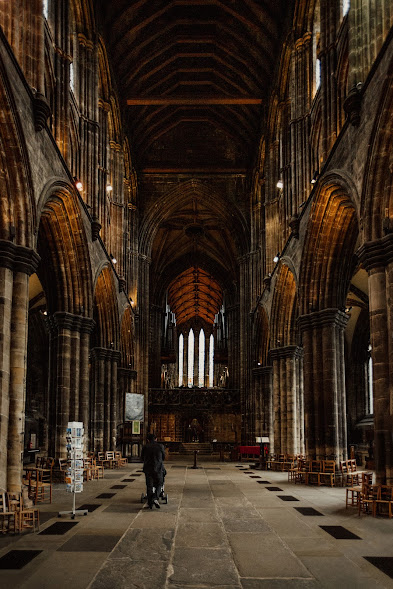 When I came here, the chair were standing right here, in the middle. It was a 5 o'clock service. I just sat at the wall and listened,  absorbed, breathed. The parishioners sang together with the clergy, their voice mingling in one, beautiful, contagious chorus. When I listened to it, I regretted that I didn't take the words at the entrance - I wanted to join them so much, not even knowing the melody.
Young and old, all of them were amazing, dedicated, light and lit up from the inside.
It's hard to recall what the pastor was saying three years later, especially considering that I wasn't myself that day with grief and sadness. But his words were definitely curing: I felt the warmth going through me as he explained how anger worked, and what it did to us, humans, and what we could do to reclaim ourselves from its nets.
I belong to another denomination, but that day I felt myself a part of this strong community. They welcomed everyone, not asking them who they were or what they believed in. 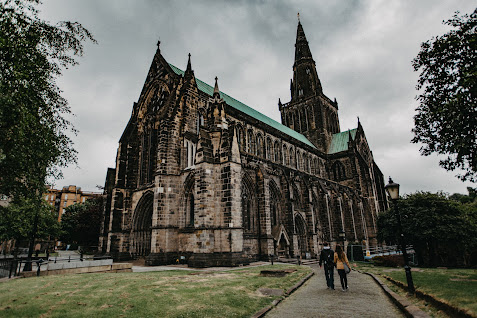 That's how I discovered that this unique, truly magical place is not that unapproachable as it seems to the outsider.
When you're here, in Glasgow, and you want to make yourself at home, just come to Glasgow Cathedral at 5 PM, take a seat wherever you feel is right and listen. Listen carefully to the words spoken, to the sounds played, look at the faces of the people there. And I promise you, you will never leave this church unloved, unwanted or disappointed. Let the love go through you.
Email Post
Labels: architecture glasgow glasgow cathedral gothic great britain organ uk 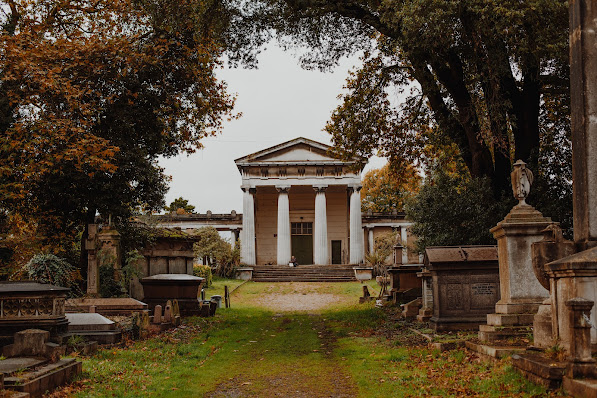 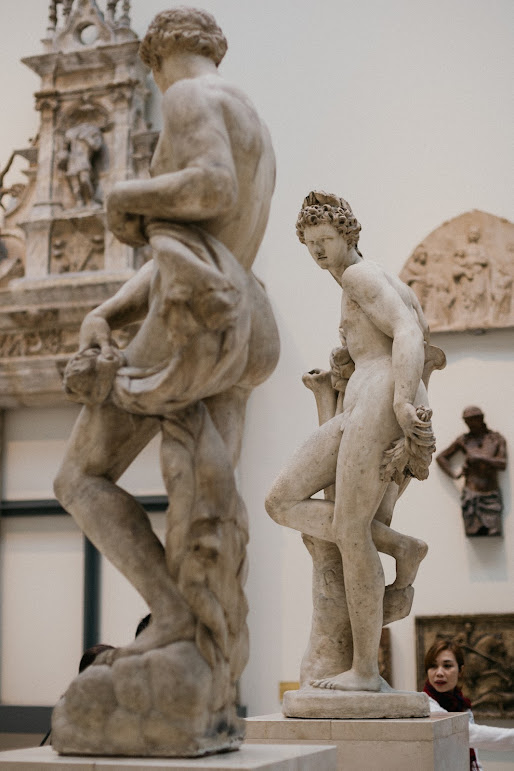 Maria Marina
Welcome to my photography blog! I'm more than happy to take you to these beautiful, magical, mystical places I've been to and plunge you into their atmosphere. Please take a seat and enjoy our journey!